We’ve lived in Boise Idaho for a few months now and we absolutely love it here! It’s so beautiful, safe and has nice weather. It is a little colder than we are used to, but not much and I like it colder. The summers don’t reach 100 degrees very often either which is a great!

Alan and I knew that we wanted to leave Nevada shortly after arriving. We made it a goal to get out within a year and we did just that! We moved to Nevada in August of 2015 and moved to Boise in July 2016. We’ve been accomplishing the goals that we set our mind to.
We wanted to move to Massachusetts in 2015 and we set out on a cross country road trip all the way to Massachusetts. It ended up not working out in the end, but at least we did it! That was the first time that I’ve ever been across the country!
Yesterday we went to our favorite spot out here. It’s called Hull’s Gulch and it overlooks the entire city. It’s such a beautiful view during the day and night! During the day we are able to see all of the colors, buildings and cars moving through the city whereas at night we can see millions of twinkling lights all around us.  It’s a magical view and I feel so grateful to be living here. 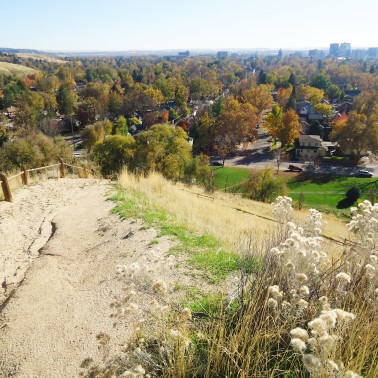 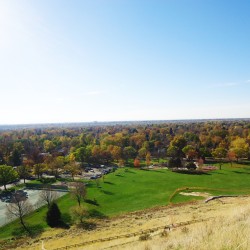 Welcome to my blog!

I will be sharing knowledge about holistic well being; physically, mentally, & spiritually.

Think Differently: Humans are getting sick at a rapid rate, more than ever before. The pharmaceutical & meat/dairy/processed food companies are cashing in while people are dying. The way we've been taught how to live & what to eat may actually not be the best thing for us.

Think Less: We also think a little too much as humans. Meditation can really allow us to quiet the mind and just observe. It allows us to become pure awareness, which is our natural state. We are just consciousness using these bodies temporarily.

Grow: After we can quiet our minds and connect with Source we may find the answers that we seek. We can grow from these experiences as we connect to the universe and ourselves. (We are all god!) We can grow spiritually and feel connected to everything when we eat the right foods for our body.

Shine: When we eat right and live in line with our morals & integrity we vibrate on a higher frequency and we become the light in our own lives. We take control of our lives instead of relying on doctors and others to heal us. We are our own healers and can always help others on their own path to self healing.

We create the life that we want.
"Change your mind, change your life."